Lex Stobie designed and built the fit-out for a local city business that has recently transformed itself from gallery space into something a little bit more. You can grab a coffee, specialty tea and a snack while you browse the collection of local and international magazines at “Magazine”.

Magazine, located off Hindley Street on ClubHouse Lane, is run by Josh Fanning and Farrin Foster. Four legged Fred is responsible for greeting customers, and can usually be seen watching the laneway from the front door.  Josh is also the face behind locally published and internationally distributed magazine Collect.

When Lex was asked about the fit-out this is what he had to say:

In the beginning it was a lot of just me helping them work out what they wanted to achieve in the space; so more of the interior design aspect of it, and later on Josh asked if I’d be willing to do the physical making of those ideas for them, and that’s something I was happy to do.

The counter, in particular, which is the main focal point for Magazine Gallery, is their point of sale and where they have all their information and paraphernalia. That piece had to be designed and made to suit the requirements specific for them.  It had to take into consideration being more than just a big box; what you don’t see from the front is there’s a lot more going on behind. It’s a clean facade from the front and side, but when you get around the back it’s quite nitty-gritty and integrated. It’s a modular system that can be changed to suit their needs as they evolve.

The shelving was a specific piece that had to meet the requirements for the magazines.  Not having any of the magazines to work with in the country, we had to come up with solutions that would accommodate the potential stock.  So the variation of the magazines had to be taken into consideration and it needed the kind of look they were after as well. 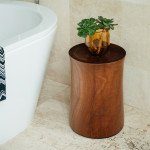 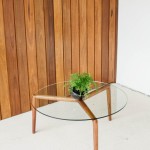